Rewind: I was Nikki Sixx, Halloween 1988 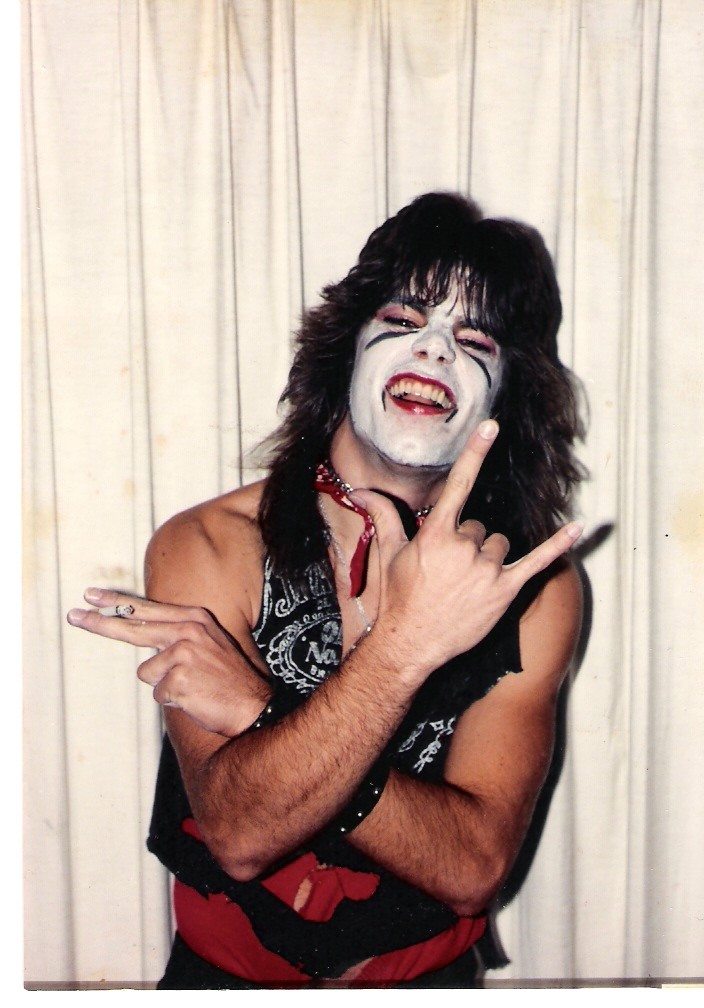 In the spirit of Halloween, I take you back to 1988 when I lived in an apartment I lovingly dubbed “The Bomb Shelter” (if you were there, you understand).

By no accident, The Bomb Shelter was located directly behind Sneaker’s, which was THE hard rock/heavy metal/meat market club in San Antonio at the time. I’d tell you I wouldn’t be caught dead there today, but that would run contrary to the truth. Dead is the ONLY way I’d be found at The Bomb Shelter in 2010! 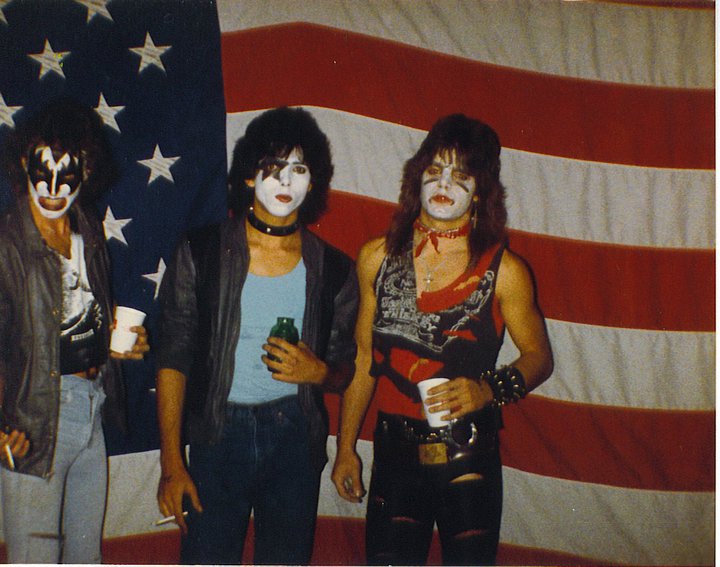 Jim, Brian and Me (aka Gene, Paul and Nikki)

Anyhow, back in 1988 when I was bulletproof and more tolerant of cockroaches, The Bomb Shelter was Party Central. My roommate, Troy, paid more rent than me so he got the bedroom. Me? I slept beneath a huge pentagram in the living room surrounded by beer cans, slumbering zombies and stink.

On more occasions than I can recall, we’d lug kegs upstairs and park them next to my bed. We’d lug Marshall stacks upstairs and crank them to 11. I even managed to sleep through a fistfight that ended with a gaping hole being punched through the bathroom door (we covered it with a KISS poster). Oh, the fun we had!

But I digress. The photo above captures me dressed as Nikki Sixx (but looking more like Tommy Lee?) on Halloween 1988. I think this photo was actually taken at Brian and Shane’s apartment across The Bomb Shelter courtyard (yes, they too were crazy enough to live there). Brian and another buddy, Jim, dressed as Gene Simmons and Paul Stanley. From here, we went to a backyard keg party where a speed-metal band called Morbid Termination was pissing off the neighbors (naturally, I befriended the entire band, especially Al and Ron who are pictured below with the longest hair). This night is also memorable because another friend, Keith, was dressed as a six-foot tall doobie, which of course, made him the “hit” of the party. Jesus, how did we survive?

If you all are out there, thanks for the memories … and Happy (and SAFE) Halloween!

Below: A typically boring night at The Bomb Shelter. That’s me in the back wearing the Motorhead T-shirt, standing on my bed beneath my carefully crafted pentagram. 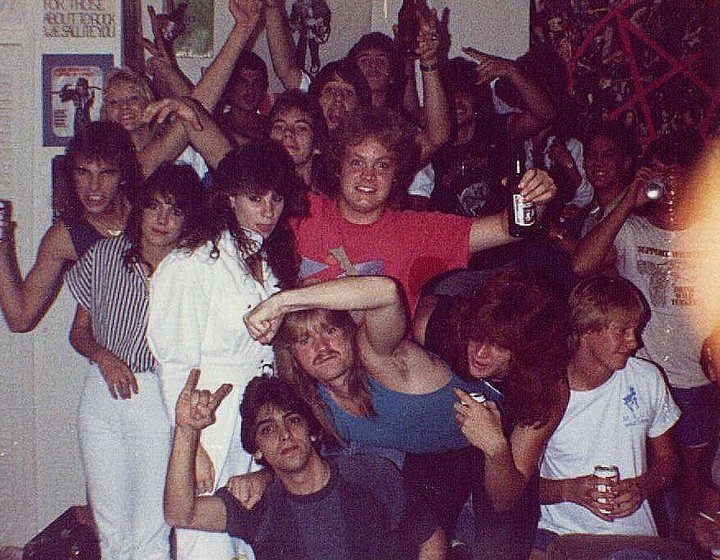