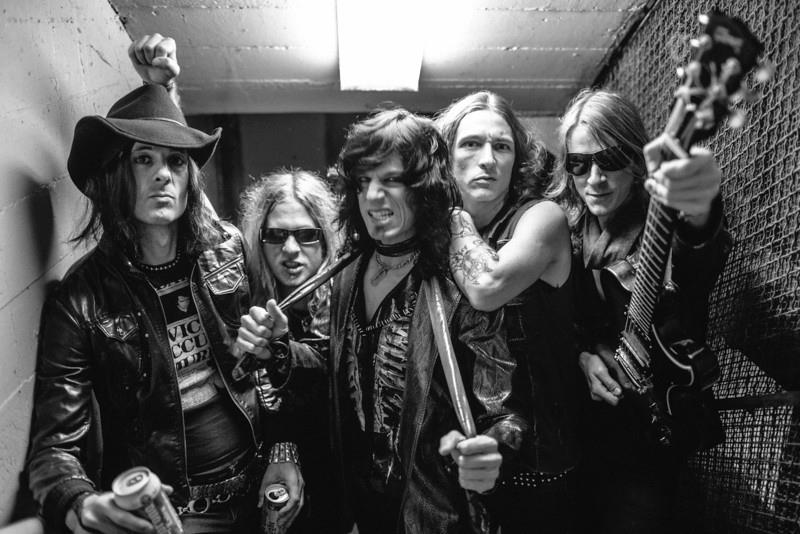 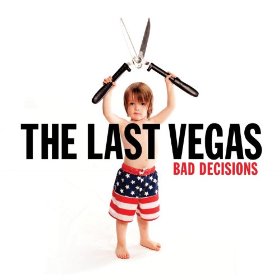 The Last Vegas from Chicago may be dicey on geography, but who cares where you’re going when you’re having this much fun?

Handpicked to tour with Motley Crue after an impressed Nikki Sixx decided to produce their 2009 album, “Whatever Gets You Off” — and then holding more than folding while opening for Guns N’ Roses, AC/DC and Alice Cooper — The Last Vegas is not only flirting with rock-n-roll stardom, they’re ready to give it the nasty.

On seductively trashy new album, “Bad Decisions,” the Vegas guys raise a toast to the aforementioned influences, then stir in some Buckcherry (by way of Aerosmith) and the ballad stylings of the Black Crowes to create a deliciously raunchy, strip-club soundtrack that’s danceable enough for the girls, girls, girls yet tough enough for the atomic punks. Think “Back in Black,” “Appetite for Destruction,” “Dr. Feelgood” and a bit of “Sonic Temple,” and you’ll understand the uni(versal)sex appeal.

While it’s easy — and not entirely inaccurate — to stamp The Last Vegas as retro-’80s, hair-metal rowdies (“Evil Eye” rides a Motley-sounding “Wildside” riff and “Take It So Hard” echoes the drum breaks from “Sweet Child O’ Mine”), doing so is a lazy injustice to the band’s underlying ’70s soul and funky grooves. “Leonida” oozes a thick, lava-like Led Sabbath grind while the Ron Davies cover, “It Ain’t Easy,” twangs and slithers like a sun-baked, southern swamp rocker. And damn if “She’s My Confusion” doesn’t slink across the dance floor like a leftover INXS track.

Sure, the Last Vegas turns up aces on the screechy, gimme debauchery themes of “Bad Decisions,” “My Way Forever” and the crazy bitch warning of “The Other Side,” but they owe as much to hair-band predecessors like Aerosmith, Nazareth and Alice Cooper as they do Motley Crue and GN’R.

In a year that offered better-than-expected releases from Van Halen, Slash, Aerosmith and The Cult — as well as impressive showings from underdogs Prima Donna and the Lower Class Brats — 2Fast2Die votes for The Last Vegas’ “Bad Decisions” as Album of the Year. Go ahead, give it a gamble.

Overall Grade: ‘Album of the Year’ pretty much says it all

For Fans of: Jack Daniels, Saturday nights and charismatic singers who sound (kinda) like Axl, but shimmy like Prince. To see and hear more, go here and here or click the videos below.