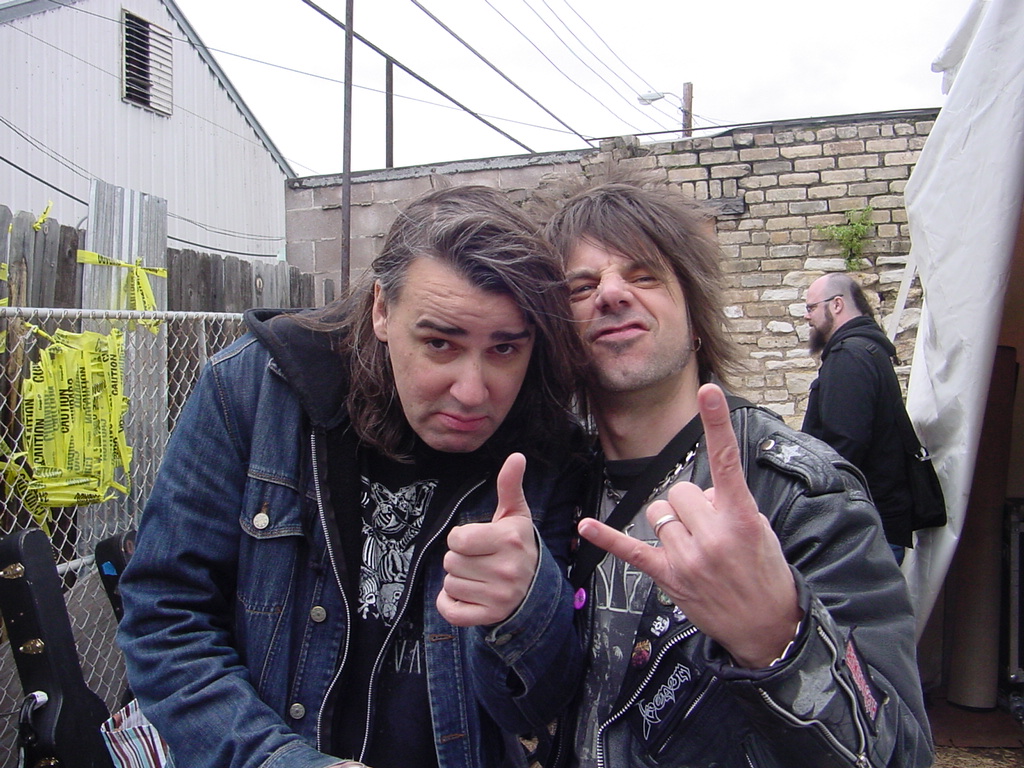 CHAOS MONGERS: At SXSW 2010 in Austin I slipped “backstage” to meet Voivod bassist Blacky (above) and drummer Away (below right) just moments before they stormed the stage (and got short-circuited by technical difficulties). Meeting Blacky for the first time last year was an honor as there was no dude more metal when I was younger (see photo below). I had previously met and played pool with Away at a San Antonio club gig in the early 1990s. Making these photos even more metal is the fact they were shot by DRI drummer, Felix Griffin. Heavy. 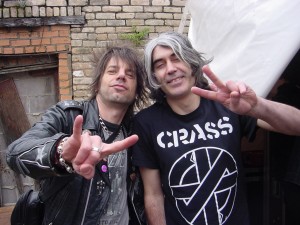 Voivod grabbed my attention in 1986 because the guys in the band looked so hella-metal on the back cover of the “Rrroooaaarrr!!!” album. They wore bullet belts and played guitars shaped like shards of black ice. They had cool names like “Snake,” “Blacky,” “Piggy” (RIP) and “Away.” Blacky was even known to shave half his head at a time when such a look was completely mondo bizarro. Given the savage, “Mad Max” image and song titles like “Fuck Off and Die,” “Slaughter in a Grave” and “Build Your Weapons,” I had no choice but to surrender my wallet to these ultra-metal Canadian thrash warriors. This is gonna ROCK! 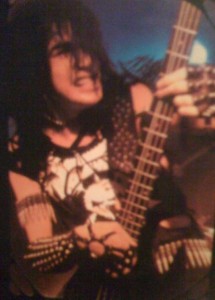 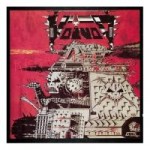 Without a shred of exaggeration, “Rrroooaaarrr!!!” was like nothing I’d ever heard before – which is to say it sounded worse than silverware in a garbage disposal (the song “Ripping Headaches” should have been my first warning). The production was crap, the playing and singing were godawful (or at least mangled and muffled to the point of being unlistenable) and try, try, TRY as I might to find some redeeming value, Voivod’s jarring collision-core left me with only a few kick-ass photos and the defeated notion that “Rrroooaaarrr!!!” should have been titled “Uuuggghhh!!!” Or maybe, “Aaarrrggghhh!!!” 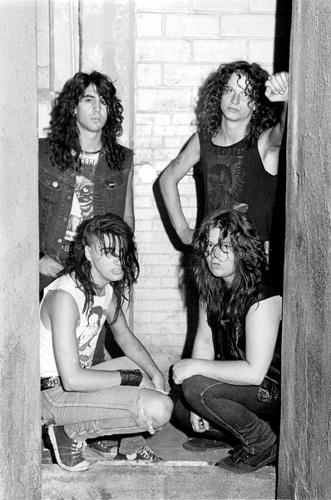 At some point after the letdown, I was having beers with my friend Al when much to my horror, he whipped out Voivod’s new album, “Dimension Hatross,” and proudly proclaimed it a masterpiece. Huh? Dude! How many beers have you had??!! Such an absurd endorsement from a usually reliable source had me considering an intervention. After two abominations (“War & Pain” and “Rrroooaaarrr!!!”) and one marginally better show of improvement (“Killing Technology”), Voivod’s “Dimension Hatross” could only be another headache disguised as an album, right? Held hostage by the remaining beers, I decided to stick around and endure the beating. How could it be any worse than “Rrroooaaarrr!!!”? 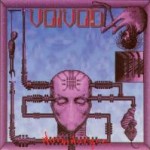 I was so thoroughly impressed I just had to go see Voivod in concert when the “Dimension Hatross” tour hit Sneaker’s in San Antonio (Vio-lence opened). How was the gig? Let’s just say Voivod launched my very first stage dive. Yep. It was so much metal ecstacy I didn’t even care that I lost my ride and had to walk home (until somebody’s older brother scooped me up on the side of the road and let me crash on the floor of some strange farmhouse … but that’s another story). Yessir, Voivod was back and heavily armed, and I was ready to re-enlist. 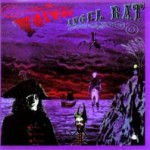 Most importantly, with “Dimension Hatross,” Voivod started to morph a clanging, rusty robot into a well-oiled killing machine. Better still, the new sonic template would be further refined as the sequence of subsequent albums — “Nothingface,” “Angel Rat” and “The Outer Limits” — brought increasing clarity to Voivod’s twisted, sci-fi metal (think Rush and Pink Floyd on a tweaker binge with Judas Priest).

In fact, as I type this, I can hardly think of three consecutive albums so wildly inventive and skittishly heavy, yet somehow oddly accessible. Call them “The Wall” of brain-scanning heavy metal (if “The Wall” was topped with razor wire and surrounded by land mines). 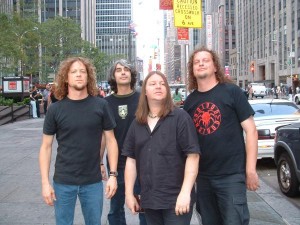 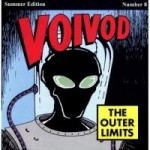 If “Rrroooaaarrr!!!” was Voivod’s dying breath (and it did sound like a stabbed Chewbacca thrashing about in a Dumpster), then “Dimension Hatross” was a triumphant turning point (although, truth be told, it was “Nothingface” that locked my loyalty).

Voivod would never again be so consistently creative as band members rotated in and out (Blacky was actually gone before the completion of “Angel Rat”) and the band’s style would steer in a more industrial direction. Former Metallica bassist Jason Newsted — a lifelong Voivod fan whose desire to play with the Canadians was partly (largely?) responsible for his ouster from the Puppet Masters — would join and leave the band (but not before recording some of Voivod’s best latter-day material); guitarist Piggy would die from colon cancer; and Blacky and Snake would finally return after long hiatuses to valiantly try to rekindle the magic without the jagged spark of their beloved Piggy.

In the end, Voivod’s late-1980s reinvention left a meteroic dent that spiraled metal into bold, new directions. Such a feat remains utterly impressive for a band that used to sound like a plane crash.