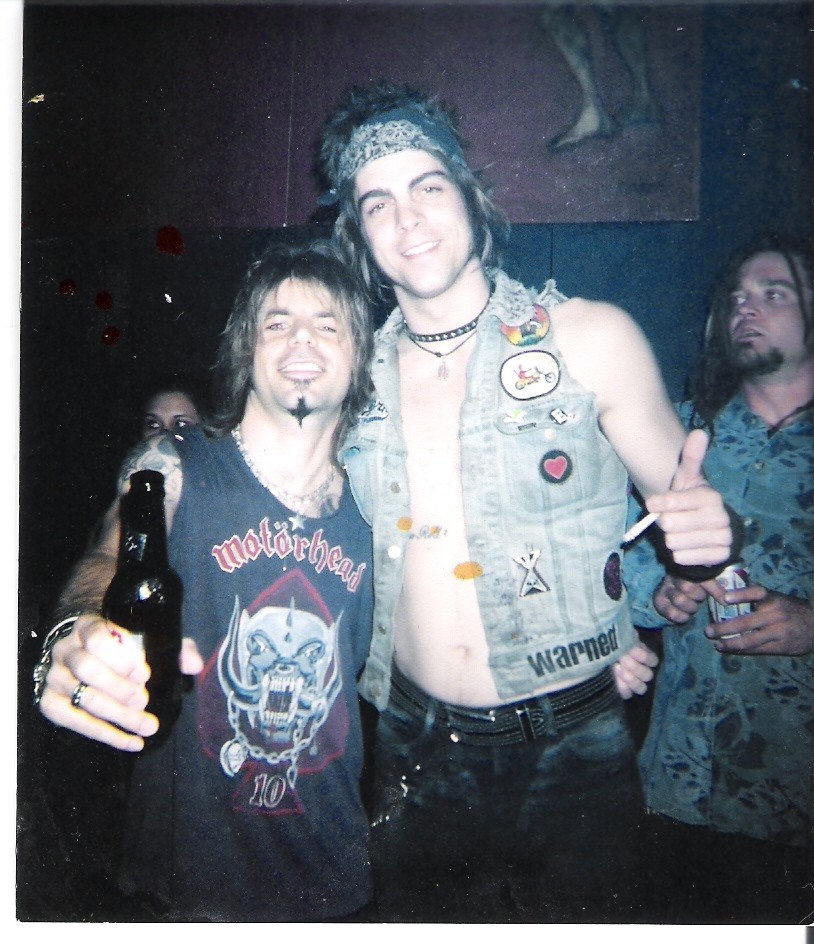 It’s tough to get noticed in a world of rock’n’roll loudmouths, but calling your band the Toilet Boys will surely arch some eyebrows.

Firm believers that no publicity is bad publicity (the name says it all, right?), New York’s Toilet Boys were a sleazy blend of transvestite vampire bikers meets KISS and Blondie. Add a singer who was a boy that looked like a girl and answered to the name Miss Guy (confusing, eh?) and you got the hell-bent-for stardom Toilet Boys.

Bold or shameless, depending on your view, the Toilet Boys were going to milk shock value for all its fame and/or notoriety (and with any luck, both!). They would either be the next big thing or else die of commercial suicide (see Marilyn Manson versus GG Allin).

The band certainly got my attention (what’s not to like?) so I eagerly penned a four-page, full-color spread for Metal Edge magazine circa 2001 (below). The feature included a double interview with fire-breathing, Sasquatch guitarist Sean Pierce and pouty he/she singer Miss Guy. At the time, my article was probably some of the most high-profile exposure bestowed upon this lovely bunch. As a result, we became quick friends (yikes!) and looked forward to hanging out whenever the Toilets oozed through Texas. 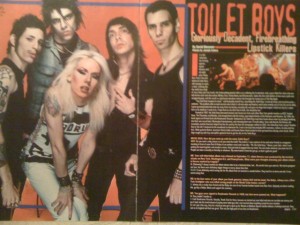 The picture above is taken backstage in Houston on a second-day tag-along with the Toilet Boys following a previous gig in Austin. As usual, there tends to always be one guy in the band who shares the mutual pull of gravitation. In the case of the Toilet Boys, it was always Sean who was eager to hang (and on at least one ocassion expound on the virtues of truck-stop pick-me-ups). The band is long broken up, but last I heard “Skyscraper” Sean continues making music with his wife, Theo, of Lunachicks fame.

The lesson here, kids? It’s better to go down in flames with a cool band name than to be remembered as R.E.M. Class, dismissed!