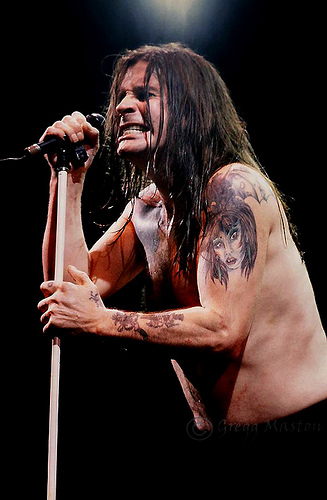 Talking to Ozzy Osbourne is like spilling alphabet soup. The splattered puzzle is oddly intriguing, but it’s hard to make out a word. Jovial and chipper on the phone from Los Angeles [in 2008], the legendary heavy-metal madman sounds like a lovable British uncle with a hiccupping habit of mid-mutter f-bombs.